It is my sad duty to report that my Brother Bob passed away from a heart attack on 1/31/13. I know he had many followers on Live Journal. I thought that you should know. His Sister, Janet King

lutron today. That would be the person, not the corporation. He was on his way to D & D. I haven't done that in more than 15 years. I don't miss it, but it might be fun to find a group. I would have to find some oldsters, I don't think I could stand playing with people who don't remember the time before the DMG and Monster Manual existed.

Lu and I have been out of touch lately. It was nice to catch up. We got to commiserate over the vicissitudes of dealing with abrasive youth. Catching up with people seems to be the theme for this week. My fellow writer Richard got in touch after some months absence. He had a litany of awful trials endured in the intervening time. I sympathize completely.

That's all I'm going to write for the moment. I have another project in process that I want to submit Monday morning.

I call the story, Wizard Implant. It's about a man who pays to have a series of cortical implants to make him a Wizard. It does, but the "scientific" version of a cybernetic Wizard isn't precisely what he expected. I plan to submit it to Swamp Biscuits and Tea. I don't know the magazine, and I'm not sure my style and theirs are a good match, but I think I can write for them. 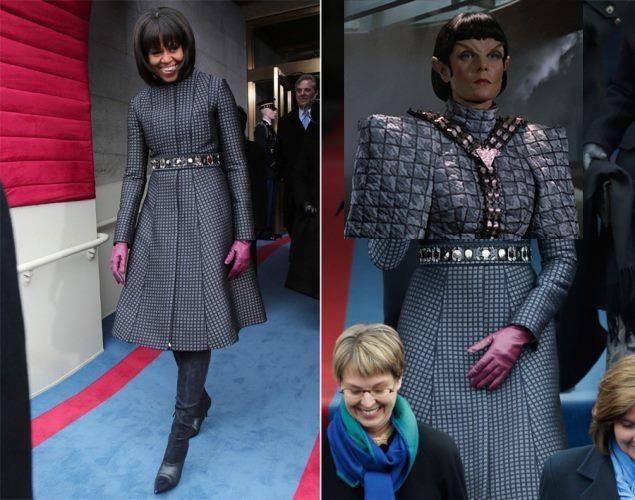 Open to: All, detailed results viewable to: All. Participants: 1

Who wore the outfit better?

The book I'm reading contains the phrase. &#quot;...didn't matter that everyone inside was heron-fire crazy..."

I've been reading The Dresden Files by Jim Butcher. 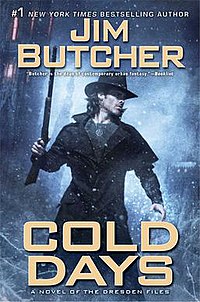 There are fourteen novels in the series or will be soon.

I've been getting them from Audible. It is not a great deal on audio books, but it is a lot cheaper than in the stores.

I never cared much for audio books. They are so very slow in comparison to my former reading speed. One book can take me 16 hours of continuous listening. Of course, how often does anyone have 16 continuous hours?

I am becoming accustomed to listening to books. I find I often miss a great deal of information - it just comes so slow that my mind wanders - but by re-listening I get it eventually.

I just saw a post in Google+ by Avery Tingle saying he wrote 50k words in 3 days. I remember the days when I used to sit down, slip into a trance, and rise hours later having written 10k words. That doesn't really happen anymore. Sad, really. I miss that feeling of immersion in my writing. Every sentence is a bit of a challenge now. I don't think it is because of my vision, or not solely because of my lessened ability to see. Truthfully, my apprehension of the world is slipping in many respects. As I see less, I concentrate less. As I concentrate less, I find myself less involved. My apprehension of the world (look it up in the dictionary, I'm not talking about being scared - sense 5) is distinctly lessened by my inability to concentrate and to focus. All that information is in my brain, but I can't seem to reach it. I forget words. I "learn" new words and discover that I've been using the word I just "learned" in my writing for years. <SIGH>

I really must write Peter Jackson a Thank You note.
I watched The Hobbit tonight. Peter Jackson has done it again. My vision is failing. I couldn't see everything with great clarity, but that may have actually been to my advantage. Bilbo looked like Bilbo, Thorin looked just as Thorin should. Fili and Kili the archers, the brothers looked as they should. They were all there, Borin, Bifur, Bofur, Bombur, Dwalin, Balin, Nori, Ori, Oin, Gloin, Dori, and Ori. Funny I can't name the seven dwarves but I can name the company of Thori Oakenshield.
My sight is failing.
I have seen Bilbo dash out of Bag End in a hurry to catch the company and begin his adventure. I've seen the company of Thorin riding ponies through the woods of the Shire. I've seen that same company on the mountain ledges during a thunder battle with rock giants hurling boulders and crags back and forth. I've seen Bilbo's expression as he enters the Hidden Vale and first views Rivendell which we are carefully reminded is also known as Imladradris. Rhadagast the Brown - not really a part of The Hobbit made a delightful and funny addition.
I've seen wargs chase dwarves down a mountain and a company of elves ambush a patrol of orcs. I've seen an Orc city and an Orc King. I've seen the damp cavern where Gollum and his Prescious spent a century or more. I seen Gollum shout "Baggins! We hates it forever!"
I am overwhelmed. I find myself teary and unable to be as eloquent as I would like. I never thought I would see some of these things. I was gifted with many scenes in The Lord of the Rings trilogy and many of them come to mind after seeing The Hobbit. Peter Jackson has given me things I never thought I would see save in my own mind. Frankly he does a better job. Damn! 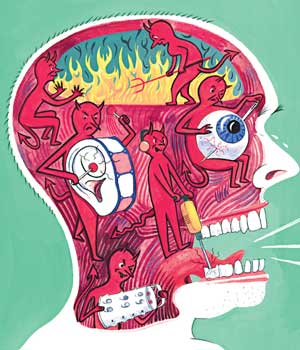 Seizures are taking their toll. I've been adding them up and I think since 1998, and not counting the "vasovagal syncope" in the 80's I have had 279 seizures. If each has snipped a word, a moment, a sliver of memory, even just a minnow from the fish tank that is my brain, I am losing more than I can bear.

This new medication - the combination of viibryd and levetiracetam - distresses me tremendously. Both medicines describe weakness and dizziness as side effects. I have tried taking them separately, but both seem to have left enough of their residue in my system that even separating intake doesn't lessen the effects. I need to find a way to stop taking one. Do I surrender the sense of well-being granted by viibryd and accept the gradual chipping away of my mind by seizures? Should I protect my self from seizures at the cost of depression that dulls my thinking and stifles by writing, my cooking, my movement, my life?

I have no idea which is the greater cost. My depression is so deep that I am unable to think through this.